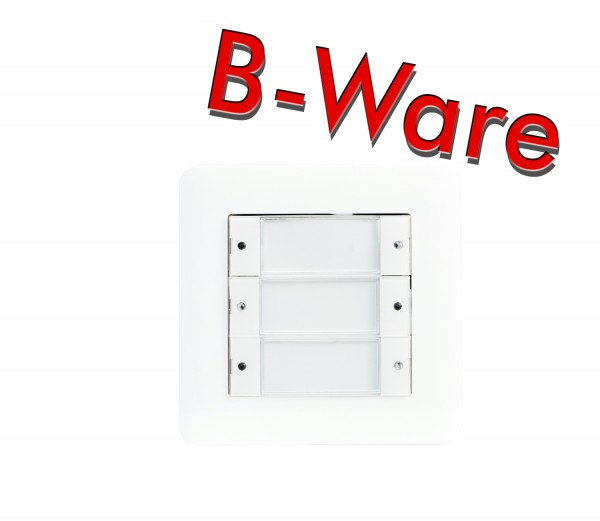 The Heatit Z-Wave Scene Controller is a Z-Wave module specifically adapted to Gira KNX touch sensors. The Heatit Z-Wave Scene Controller is a device with built-in wireless Z-Wave communication that may be used to control other Z-Wave devices such as dimmers, relay modules, etc. The scene controller has a built-in relay that can be used to turn on and off a local load, e.g. a lamp, thus replacing a standard 1-pole switch.

The Heatit Z-Wave Scene Controller consists of six switches, two switches behind each of the three buttons. Each switch can be used individually or configured to work in pairs. For instance:

One side of the button switches the light on, while the other side switches it off. The module also functions as a scene controller by transferring various scene commands when the push buttons are pressed in different ways. All of the 6 buttons can be programmed to have different functionalities.

In addition to this, the Heatit Z-Wave Scene Controller acts as a repeater and is able to extend the range of your Z-Wave network.

We would like to point out that this article is not a new product. The product has got the complete functionality and can be integrated into a Z-Wave Smart Home without restriction.

However, the product may have the following characteristics:

We offer to you a guarantee of one year. With a possible return you receive a credit note, there is no exchange of the product.

The picture may not correspond to the scope of delivery of the product.